Venus Retrograde: Taking the Best and Leaving the Rest

Unlike, Mercury which shifts into retrograde motion roughly three times every calendar year, Venus only shifts into this phase approximately once every 18 months or so giving us an opportunity to CONNECT to the highest VALUE of our soul ESSENCE!

This is why these periods tend to be times when we are reviewing our RELATIONSHIPS with the PEOPLE, PLACES and ACTIVITIES that occupy most of our time. Time is PRECIOUS after all and its better spent engaging with the people, places and activities that SUPPORT our souls rather than with those which indenture our bodies and energies in fulfilling the expectations of what others want FROM us.

It's one of THOSE summers I guess!..like the summers of 2007, 1999 or even 1991 to be more specific. This is because the planet Venus has an 8-yr synodic cycle and from late July through early September of those years, Venus shifted into retrograde motion in nearly the EXACT same degrees as it will over roughly the same period this summer!

Does this mean that we can expect a complete DEJA VU of our experiences from these summers of the past? Not exactly. Though we CAN expect that a similar part of our lives WILL be under review and contemplation with regards to the themes of RELATIONSHIP in every facet of our lives. What kinds of job changes, relationship adjustments and/or moves etc. did we experience during the mid-late summers of 1991, 1999 and/or 2007?

This year, Saturn has returned to the sign of Scorpio (June 14 - Sep 17) which covers the entire Venus retrograde period and suggests that this time our contemplations will run VERY DEEP and involve some PERMANENT endings on certain levels! We will be PURGING potentially decades worth of bad HABITS and erroneous 'signals to the universe' that we are NOT WORTHY. The hard and honest TRUTH as to WHY we have made unconscious choices to dishonor our own VALUE and WORTHINESS just may be REvealed! And, with conscious attention, REleased for ALL time...past, present AND future!

In addition to Saturn hovering over the final degrees of Scorpio during this period, Venus will also form a long-term conjunction with Jupiter in Leo/Virgo, a trine to Uranus in Aries and a square to Saturn in Scorpio/Sagittarius. These aspects have already initiated and will be active through mid-late October. 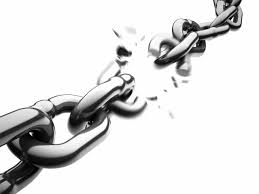 These next three months will provide us with the opportunities to METHODICALLY release all of the people, places and things in our lives that are no longer VALUABLE to us on our now more authentic personal journeys!

Sometimes when its time to LET GO, life swoops in and takes us by surprise forcing us to adapt to losses that are GOOD for us but which we could not see for ourselves at the time. And yet we often find that we feel GRATEFUL that things worked out the way that they did...if only in RETROspect.

Ironically, RETROspect will be unnecessary during this Venus RETROgrade period as the REleases we experience are likely to be the result of CAREFUL deliberation and CONSCIOUS choice rather than as the result of shocking adaptations to life's surprises!

Like going through the closet, we are spending the next three months sifting through the various COMPONENTS of ourselves and making conscious decisions regarding what was NEVER ours and needs to be RELEASED and what IS ours and needs to be re-INTEGRATED within ourselves in order for us to experience our WHOLENESS and the HEALING that results from it!

The more authentic and SOVEREIGN we have become, the more the universe is asking us to be ACCOUNTABLE for the lives that we create as a result of our own conscious DECISIONS! And with these decisions we are ensuring that we are EXPANDING our ability to EXIST as unique entities that SERVE the world in ways that absolutely SUPPORT our SOULS!

On a global level, the star Regulus moved into the sign of Virgo in early 2012 and signified a major shift in POWER STRUCTURES in the world. Regulus had been in the sign of Leo for over 2,000 years going back to the start of the Roman Empire! And the Roman Empire modeled EXACTLY what we would expect in terms of how POWER has been structured from that point forward. Everything from gender inequalities, endless war to competitive exploitation and sexual debauchery have all represented LEOnian power paradigms.

And perhaps these attributes were most pronounced in the world between the late 1930's through 2012 when Regulus occupied the 'critical degree' (i.e the last degree) of Leo and this energy tendency was AMPLIFIED. Just look at how much POWER (i.e. money) we have allowed to go to the '1%' and how much access to this money/power we have given to celebrities who COMPETE for a living (i.e. sports) and who glamorize and alter their bodies (i.e. Hollywood)! Not too mention that nuclear weapons were first detonated during this amplified LEOnian power period as well!

However, with Regulus now in Virgo, we are only a few years into an over 2,000 year period that promises to be VERY different than any of us currently living have experienced! VIRGOan power paradigms involve VALUING power through outlets like HEALING, common sense negotiation, feminine principles, environmental consciousness and SERVICE to humanity. And though it may take a couple of generations to SHAKE off the Leonian paradigms of power from our psyches (i.e. 'that's just the way it is'), we can be sure that the shifts of perspectives will TRICKLE into our awareness over time despite any lack of conscious EFFORT to enact them. After all a 'toning down' of Leonian expectations for 'flashy' beauty is already being expressed through the higher degree of acceptance of 'plus-sized' models over the past few years, for example.

And with Venus poised to 'station' within 1° of Regulus in Virgo in late July as it begins its shift into retrograde motion, it will be the first time any planet has stationed retrograde on Regulus since it entered Virgo! In addition, Jupiter will be entering Virgo on August 11 and hovering over Regulus through August 15 while the Moon's north node backs into Virgo in a conjunction to Mars in mid-late November just after Venus passes over Regulus in Virgo for the second time in three months! So, there certainly is a SHIFT in global consciousness toward more VIRGOan principles and power paradigms over the next few months!!

What does this mean? It means that for the first time since Regulus entered Virgo in early 2012, the world is FINALLY ready to begin the AWAKENING process toward this new more gentle POWER PARADIGM as we begin to EXPAND our services to the world from our most AUTHENTIC and realistic spaces. We are realizing that we no longer need to 'fake it until we make it' as with the Leonian days as we can RELEASE all that is NOT who we are and EMBRACE all that our RAWness IS!

On our journeys, it's now time to 'take the best and leave the rest' behind! REmember that a RE-lease is just that...a NEW LEASE on life...but we can only achieve it if we are willing to REnegotiate the terms of that lease.

Sure the world has a long way to go to transform completely into a new paradigm of power, but by October we should begin to become AWARE of this shift that has already occurred within the global power paradigm...

Venus governs forms of 'value exchange' like MONEY, so I would expect to see perhaps a dramatic SHIFT in how money is VALUED, counted and shared. Could we be on the verge of a COLLAPSE of the old system that has allowed 1% of the world to control such an unrepresentative portion of the worlds total resources? With us as individuals RESETTING our own personal sense of self-WORTH and VALUE during these next few months, perhaps the world may be poised to RESET its own value of resources...whatever happens, it should be INTERESTING!