Want to have your chart featured on my website with a FREE brief 10-15 minute YouTube interpretation from me? With permission from you I am willing to feature a brief interpretation of your chart on my site for FREE. Depending on the type of reading, the information can be very sensitive and revealing so we can discuss the level of confidentiality on a case-by-case basis. But if you are up for it, I will put you 'On The Spot' for a specified period of time and I will be 'on the spot' to come through with an accurate interpretation!
Interested?
www.myastrochris.com
Posted by Christopher Robert Taylor at 10:46 AM No comments:

Want to have your chart featured on my website with a FREE brief 10-15 minute YouTube interpretation from me? With permission from you I am willing to feature a brief interpretation of your chart on my site for FREE. Depending on the type of reading, the information can be very sensitive and revealing so we can discuss the level of confidentiality on a case-by-case basis. But if you are up for it, I will put you 'On The Spot' for a specified period of time and I will be 'on the spot' to come through with an accurate interpretation!
Interested?
www.myastrochris.com
Posted by Christopher Robert Taylor at 11:51 AM No comments:

I REALLY like the potential that this trine between Jupiter and Pluto represents. Jupiter is the planet dealing with expansion, growth, optimism, long distance messages, travel, and higher learning while Pluto deals with transformation, actualization, purging, release, power, and truth. From July 2011 through March 2012 Jupiter and Pluto form a pleasant and flowing trine (120') with each other from the earth signs of Taurus and Capricorn, respectively, that is sure to feature a relatively subtle release from old power structures toward the expansion of truth and wisdom to the masses in some way. You may experience this in your own life as an expanding sense of self-confidence and empowerment in your ability to make choices and to direct your activities in a way that aligns with your highest truth in the world.

Sound too good to be true? Well, its all in what you make of it. But starting with the first of three trines between Jupiter and Pluto on July 7, 2011 you will have roughly 9 months to take advantage of this potential for your own life. Below are the three (3) exact dates that Jupiter and Pluto form a trine with each other over this period.

We have to look back at the beginning of this latest Jupiter/Pluto cycle to get an idea of just what might be ready to find new ground for you in your life. The beginning of this latest cycle occurred in December 2007 when these two planets made their once in 13 years conjunction in the late degrees of Sagittarius. See my article regarding last year's Jupiter/Pluto square for more details on the timing of the planetary cycles for these two planets since December 2007:

http://myastrochris.blogspot.com/2010/07/jupiter-square-pluto-rapid-growth-and.html
Since the sextile and trine aspects are not included in the timeline from my previous article, I have listed all of the major aspects between Jupiter and Pluto since their last conjunction along with their general time frames of influence (1' orb) below:

Jupiter conjunct Pluto - Early-Mid December 2007 (Sagittarius)
Jupiter sextile Pluto - Late January-Early February 2010 (Pisces/Capricorn)
Jupiter square Pluto - July 2010-February 2011 (Aries/Capricorn)
Jupiter trine Pluto - July 2011-March 2012 (Taurus/Capricorn)
Generally speaking, the conjunction in December 2007 represented the 'seed planting' phase for this energy. What ambitions and other forms of self-empowerment were you unwittingly 'testing out' during that time period? The sextile in early 2010 was a period of 'opportunity' to expand our potential on some level related to whatever we started in December 2007. Did you take subtle steps toward any opportunities that winter? The square which started last summer (2010) and just recently ended in late February of this year was a time of 'taking action' with regards to our new found ambitions and new sense of self. Finally, this trine period, which is initiating over the next week, will give us a 9-month opportunity to 'experience' the growth that we have created for ourselves. We will see what all of this 'culminates' to when Jupiter opposes Pluto from August 2013 through April 2014 (see previous article for details on the energy of the opposition).

What I find even more interesting about this Jupiter/Pluto trine is that the asteroid Chiron is also forming sextile aspects (60') to BOTH planets as it lies directly between Jupiter and Pluto in the sign of Pisces for the first of the three trines between them (See chart above). Chiron initiated a sextile with Jupiter earlier this month which will last through February 2012. Chiron's sextile to Pluto initiated in late June and will last through January 2015! However, this first week of July 2011 is the ONLY time during any of the periods mentioned where ALL THREE planetary bodies (Jupiter, Pluto, & Chiron) will be within 1' orb of each other.

The last of the three trines between Jupiter and Pluto features a retrograde Mars completing a 'grand trine' with this configuration from the sign of Virgo. Considering this last aspect occurs just hours before my next Solar Return (i.e. birthday) in March 2012, I am excited about the prospects! But, in any case, this Jupiter/Pluto trine certainly isn't occurring in a vacuum as other planetary bodies will be involved in what 'evolves' with this transit.

Adding Chiron to the equation for this trine between Jupiter and Pluto adds a layer of 'revealing' and 'healing' to this new found growth into our truth. Exposure and vulnerability are sure to be a part of this overall energy over the next 1 to 3 years. This goes for our own lives as well as the world at large. To me, Chiron in Pisces adds a layer of potential healing on a massive scale. Considering that Jupiter in Taurus deals with the expansion of information/resources and Pluto in Capricorn deals with the total destruction/transformation of existing power structures, I wanted to use a real-world example of a large-scale potential to spread tangible information to a massive audience with the potential of healing.

I realized that I didn't need to look much beyond my own Midtown Sacramento, CA neighborhood for just such an example! On July 17, 2011 (and through November 16, 2011), Dr. Dennis Godby (Doctor of Naturopathic Medicine), his two sons, and his nephew will be running from San Francisco, CA to Bridgeport, CT to raise awareness about alternative health options that are available through natural medicine. The event is being referred to as "The Run" and its goal is to highlight the need to put 'health back in American health care'. As Dr. Godby states: 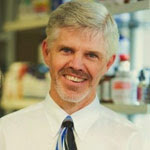 
While these ideas are not new, perhaps it is finally 'time' for such knowledge to become more widespread and to fall more into the mainstream acceptance field. Currently, existing health care structures like Medicare are up for review/questioning and its just possible that an effort to spread tangible information/resources over a long distance (Jupiter in Taurus) with the intention of revealing outworn pharmaceutical-driven systems in need of reform (Pluto in Capricorn) so that people on a massive scale have a chance to actually heal from their ailments (Chiron in Pisces) could be 'just what the doctor ordered'...or just what the Naturopathic Doctor ordered for this time period :).

I am curious as to whether December 2007 was a significant 'seed planting' time for this endeavor. As a patient of Dr. Godby's, I know for certain that the Jupiter/Pluto square time period from July 2010 through early March 2011 WAS a time of work and taking action toward the development of this large event. I am also curious to know whether early 2010 (Jupiter/Pluto sextile in late Feb/early March) featured a time that the wheels started to roll with regards to developing the event. In any case, this current time period is the PERFECT ENERGY to unleash the information and awareness for which the "The Run" has intended. I expect that this event will be LARGER in terms of influence and outreach than Dr. Godby has envisioned thus far. But I am sure he will be a little too focused on his feet hitting the pavement over the next several months to notice any impact until he is finished in November! Good luck to Dr. Godby and his sons/nephew!

Whatever comes out of this effort will likely not bear its fruits until the period from August 2013 through April 2014 when Jupiter opposes Pluto. There is always a lag time between information and implementation, so perhaps it will take a couple of years before new health care systems are created that support the intentions of natural medicine and the awareness that this event will bring to the masses. Guess we will have to wait and see!

With regards to natural medicine in general, I ran across this published article from December 2007 on the function of ginger in inhibiting cell growth in ovarian cancer:
http://www.biomedcentral.com/1472-6882/7/44/abstract

While it may be 2-3 years before the Jupiter/Pluto opposition that will bear the fruits and implementation of seeds like this that were planted around December 2007, rest assured that 2011 will be a BIG year with regards to pushing the envelope and unveiling the TRUTH about health/healing and the strangle-hold that pharmaceutical companies have had over the health care industry and on YOUR health in recent decades! Its time we ALL grow in this awareness.

For more information on "The Run" and when it may be coming to a city near you, please check out the following website:
http://www.therun.org/

Also, if you live in the Sacramento area, there is a Health Festival to Celebrate Natural Medicine on Friday, July 22 at Fremont Park (corner of 16th/Q). The runners will also be crossing the Sacramento River and entering Sacramento over the Tower Bridge on Thursday, July 21 if you want to witness it from the Capitol. The Friday event will also be part of the welcome party for the runners. If you are a local vendor with health related products and/or services, there may still be room to get on the vendor list! Contact me for details on becoming a vendor!

What is the potential for manifestation of this POWERFUL energy in your own life? Contact me to set up a consultation on YOUR own personal outlook!

www.myastrochris.com
Posted by Christopher Robert Taylor at 10:02 AM No comments: