Ditch the Pitch: Your 'Wholeness' Deserves More Than 30 Seconds

Anyone who participates in networking activities as part of their business operations has surely had plenty of opportunities to rattle off their quickest 'grab your attention' sales pitch to explain their product or service offerings. This 'elevator pitch' is supposed to be short enough to be rattled off within a typical 30-second elevator ride in the case of meeting a potential client for a business opportunity in such a situation. 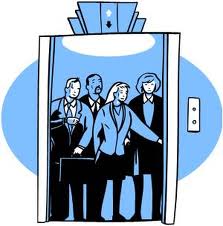 I find myself running into these networking opportunities VERY often. As someone who's service offerings are representative of WHO I am and not just WHAT I do, I get pretty frustrated with this expectation to 'contain' my-SELF into such a small and limiting box. The other day I was standing in a line waiting to give my personal elevator pitch at just such an event. As I anticipated my turn, I realized that, as a conscious business advisor, part of what I help small business owners to recognize in themselves is that they are MORE than just what they offer and that no 30-second elevator pitch can really reveal the true essence of WHO they are as that unique service or product provider.

Since I prefer to 'wing-it' when it comes to communicating my service offerings, my 'pitch' tends to reveal itself differently every time it leaves my mouth. Some people like to mechanically rattle off their very polished and memorized pitch in ways that they consider to be creative. "To each their own" but that method is just not for me. As I stood in line, I decided quickly that I would pitch myself as the guy who shows small business owners how to honor their wholeness by NOT squeezing themselves into a 30-second pitch. It felt right because it pretty much is WHAT I do.

Clever, right? I thought so.

In a room of about 50 or so people, there seemed to be no neutral responses to this declaration. Everyone seemed to react in one way or another to this unusual choice of mine. I also found it interesting that the responses appeared to fall within two primary camps; 1) fear and resistance OR 2) genuine resonance. The 'fear and resistance' camp responded with pensive looks on their faces as if they were quickly scrolling through their minds for all of the reasons why I must, not only be 'wrong', but that I must also be either lazy or incompetent regarding following the expectation to sum up my service offerings in 30 seconds or less. The 'genuine resonance' camp responded with the kind of look on their faces that a child has when they receive a gift for Christmas that they REALLY wanted but for which they had not even thought to ask. It was that perfect blend of surprise and excitement that fuels the creative fires of life itself.

While my first reaction to these responses was to see the responders as two very different 'types' of people, I quickly realized that both responses revealed a similar story relative to the experience and pain associated with 'smallness' syndrome. Say what? 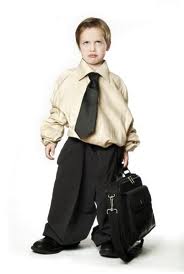 I am not referring to the 'smallness' syndrome that inspires some guys to drive extra-large pick-up trucks with tires bigger than most other automobiles. If you don't understand this syndrome, I will not be explaining it here ;).

What I AM referring to is the collective agreement that we must be SIMPLY DEFINED in life. Our military-based school systems and the common militant parenting style combine to create this syndrome. By the time we are considered legal adults, we have experienced nearly two decades of NOT being good enough, safe enough, or ready enough to join in the process of life. Then, at the flip of a switch, we are expected to suddenly have our lives figured out in the form of having plans for our careers (i.e. choosing college majors etc.) and our lives in general. In other words, we are essentially expected to have a simply defined 30-second elevator pitch regarding what we are doing with our lives. But how can someone who has lived as though they are not good enough, safe enough, or ready enough suddenly be able to have a solid and yet simplified understanding of their own unwritten life? Its a ridiculous expectation and yet it is one of those 'common' collective agreements that is perceived to be 'natural' and healthy' (i.e. normal) just because it is common.

With regards to my recent networking experience, I soon realized that BOTH responses to my unusual pitch reflected this shared wounding experience. The only difference between the two response camps is in how they interpreted the 'truth' during their own personal wounding experience with 'smallness syndrome'.

The 'fear and resistance' camp represented those folks who had internalized the control-based fears of their authority figures and interpreted themselves as the 'bad' guys in the situation. In other words, they assumed that their authority figures were 'right' and that freshly legal adults 'should' be expected to wrap themselves into a simply defined box. While the 'genuine resonance' camp may have also followed through with the expectations of their authority figures at the time, these folks never quite internalized this expectation as the 'truth' for themselves. In other words, these folks just did what 'good' (i.e. obedient) 'small' people were told to do, yet never really internally concluded that they were actually 'wrong' for thinking otherwise. Their reaction to my pitch revealed that this spark of truth inside of them has yet to burn out.

So while the 'fear and resistance' camp were merely projecting their image of their perceived 'bad' or 'wrong' younger selves in my direction in response to my pitch, the 'genuine resonance' camp were experiencing a re-ignition of an old flame that still exists and burns inside of them to this day. Either way, my pitch stirred the emotional memories and imprinting of this wounding experience. 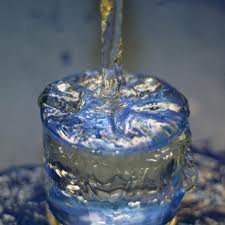 I won't answer those questions and I don't have to. My life experience has been one of often feeling as though I am 20 ounces of flowing, unbounded water and that life has, so far, only presented itself in the form of solid 8 ounce glasses from which to choose. Every commonly accepted path (i.e. careers etc.) has proven itself to be ultimately limiting and suffocating to my truth and wholeness. I guess this is why the 30-second elevator pitch has always frustrated me. It is a prime example of being expected to choose 8 ounces of water to present in solid form when I have 20 ounces to offer in 'flowing' form.

I often find that I easily fall into states of self-judgement regarding 'taking too long' when I speak or not explaining concepts in a 'simple enough' form, for example. Just yesterday, I sat down and channeled some information into a YouTube video for which I swear I was only speaking for 10-20 minutes. When I saw that it had actually been 51 minutes, my first thought was to redo it or to edit it down in size (i.e. make it smaller). Several years ago I would have done so. But at this point in my life, I have learned to live by some personal mantras like the ones below:

In other words, if the information for the YouTube video came through me in 51 minutes then THAT'S what it is. If you only want to listen to parts of it, then that's YOUR choice. It isn't my responsibility to shrink down my expression to fit within the preferred comfort levels of those with whom I interact. And that goes for everything.

Even though I obtained a degree in Meteorology as an undergraduate student, I am NOT a Meteorologist. Even though I have worked with the ancient art of Astrology and have guided hundreds of clients using this wisdom as my primary guide and will continue to do so, I am NOT an Astrologer.

Incidentally, people love to introduce me as an 'Astrologer' which has a way of triggering my personal experience of the 'smallness syndrome' wounding process in my own life. This is just another way of saying that it annoys me and that I would prefer if I wasn't 'summed' up in this way. I certainly USE Astrology in my practice and I am still a big weather geek but these are just parts of WHO I am. I could go on with this or try to explain more deeply, but I think you get the picture.

In my opinion, we don't need to be expected to have an answer to this question. In fact, if we could come to some collective agreement in this regard and eliminate 'smallness' syndrome, I would be all for it. It's time to learn how to just enjoy the elevator ride again rather than using it to cram ourselves into its limits.

Let's take back our truth and wholeness!

If you are a small business owner or an individual who wants to expand into your truth and wholeness and to approach the world from the reality of WHO you are over WHAT you do, contact me below!

PS: If you are interested in reading a classic rant by a brilliant scientist who laments this idea of 'smallness' click on the link below for his book, "Listen, Little Man!". I read this book by Wilhelm Reich in about 3-4 hours one afternoon and broke into tears at least 2-3 times as I couldn't help but relate to his inner experience and frustration with 'smallness'. Reich was a misunderstood scientist ahead of his time who was working toward scientific understandings of tantric as well as free universal energy. The post WWII raids of many up-and-coming scientists (i.e. Nikola Tesla etc.) included Reich in their cross hairs. He was thrown into prison where he eventually died. In my opinion, this book is a classic and could benefit anyone who is about to enter the adult world.
http://www.amazon.com/Listen-Little-Man-Noonday-271/dp/0374504016