Saturn Return: Time For The United States To "Get Real"

For centuries, the planet Saturn was thought to be the outermost planet in our solar system. But actually, this planet is just the outermost planet that we can observe with the naked eye. Astrologically, Saturn represents our perceived 'limits' and boundaries. It's symbolic of 'reality', structure, and of slow but steady development. It is perhaps the most sobering of the planetary archetypes. However, just as the process of sobering up can be an uncomfortable experience, it is ultimately a slow but steady transition to a more productive and useful state of being. In short, through the use of the school of hard knocks, Saturn is associated with getting 'real'.

This stern, parental figure of a planet takes approximately 29-1/2 Earth years to complete one trip around the Sun and through the 12 signs of the zodiac. After this long trip is complete, Saturn 'returns' to the location that it occupied at the start of its journey. In an individual's Natal Chart, this time of the 'Saturn Return' is a defining moment that reveals whether we are on the proper path for our intended journey. It is a wake up call that reveals to us the shortcomings of following a path that is not our own.

On the positive side, it is a time of ratcheting up to a new level of mastery. The degree to which we are diverted from our intended path is inversely correlated to the ease of which this mastery can reveal itself. In other words, the more conscious we are of our intended path, the more these periods will enhance our mastery on some level as depicted through the Natal Chart.

The period from around Thanksgiving 2010 through around Labor Day 2011 marks the eighth (8th) Saturn Return for the United States of America. The exact dates for when transiting Saturn crosses the point where Saturn resides in the chart of the US (~14 degrees Libra) are shown below:

This whole 9-month period is a time of readjustment within the scope of the house in which Saturn resides (the 10th house in this case). In the chart of a nation, the 10th house represents the reputation and public standing of the entity with regards to entities outside of itself (i.e. other nations). As a nation, it is a 'make or break' time for setting clear boundaries and readjusting our level of openness and /or resistance in regards to other nations. Over the previous seven (7) Saturn Returns (most recent ~early 1980's) for the US, there have traditionally been key decisions made with regards to immigration policy. In the current time, we are again faced with immigration policy issues that need attention one way or another. See below for a brief historical summation of immigration decision activities that occurred through the previous US Saturn Returns:

1st Saturn Return (1804-1805)
The Louisiana Purchase vastly expands the young nation's boundaries which precipitated the Lewis & Clark expedition to seed the ideas of a 'manifest destiny' in the long term game-plan of the United States. President Jefferson also attempted to block trade with Europe through the "Peaceable Coercion" policy. Finally, in 1804, the widows and children of aliens who died prior to filing final papers were granted citizenship (i.e. "anchor babies").

2nd Saturn Return (1834)
A narrative of the Life of David Crockett was published. The book contained tales, tall stories, and yarns which augmented the myth of the great hunter, Indian fighter, and congressman. The Texas Revolution took place and led to its succession from Mexico which readjusted the US borders again. Also, the first assassination attempt on a US president occurred against Andrew Jackson.

3rd Saturn Return (1863-1864)
The Civil War was the dominant theme of this time which included Lincoln's Gettysburg Address. This time also marked the beginning of the end of slavery and the first successful assassination of a US president. Finally, a policy that encouraged immigration into the US for economic stimulus purposes was enacted in July 1864.

4th Saturn Return (1893)
Chinese legally in the United States were required to apply to collectors of internal revenue for certificates of residence or be removed. Also, the Immigration Act of 1893 created Boards of Special Inquiry to examine excluded immigrants at ports of entry, and provided for appeals of the Board decisions.

5th Saturn Return (1922-1923)
Through the Cable Act of 1922, women's citizenship was made independent of marriage and alien wives of U.S. citizens were allowed to file for citizenship after one year of residency. Also, a strong anti-immigrant movement spearheaded by the Ku Klux Klan reached peak strength. Finally, alien land laws prevented property ownership for Asian immigrants.

6th Saturn Return (1951-1952)
The Immigration and Naturalization Act brought into one comprehensive statute the multiple laws which governed immigration and naturalization to date: reaffirmed the national origins quota system; limited immigration from the Eastern Hemisphere while leaving the Western Hemisphere unrestricted; established preferences for skilled workers and relatives of U.S. citizens and permanent resident aliens; tightened security and screening standards and procedures; and lowered the age requirement for naturalization to eighteen years. Also, the McCarran-Walter Immigration and Naturalization Act extended token immigration quotas to Asian countries. Finally, this was the era of McCarthyism hunts for suspected communists.

7th Saturn Return (1981-1982)
Plyler vs. Doe struck down a state statute denying funding for education to children who were illegal immigrants and simultaneously struck down a municipal school district's attempt to charge illegal immigrants an annual $1,000 tuition fee for each undocumented student to compensate for the lost state funding. There was also a failed attempted assassination on then President Ronald Reagan.

Conclusion
With Saturn in its natal 10th house, one of the potential higher expressions of the United States is to serve as a solid example to the rest of the world with regards to how it regulates its borders and how it acts as an authority in the greater world. In the eyes of the rest of the world, the US has the paradoxical and conflicting images for being both a welcoming beacon of hope as well as being harsh and overprotective with its immigration policies. And every time Saturn comes back around it has apparently represented a time to readjust this global image in some way. The current time appears to be consistent with this theme. But for the first time in almost 30 years, the US has a chance to consciously redirect its attitudes and policies toward enlightened ends in these regards.

But just how will the United States readjust its attitudes and policies this time around? I guess we will have to wait and see... 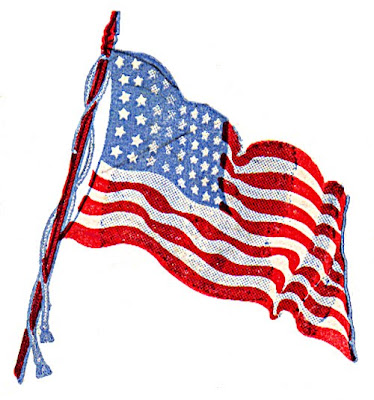 To find out where these energies will be working in your own life contact me for a consultation! -

www.myastrochris.com
Posted by Christopher Robert Taylor at 9:46 PM No comments: